In recent years, Romania has become an important destination on the maps of festivals. As a result, a huge number of visitors come here every year to join the amazing atmosphere of electrifying festivals and concerts.

Among the most notable, we mention Untold and Neversea. These are the festivals that invite well-known and highly appreciated bands and artists from all over the world. Of course, they’re also the most sought-after by music lovers.

So, finding a ticket for these Romania music festivals may not be easy. Moreover, even finding accommodation during concerts in Romania may become a challenge.

In order to facilitate your experience during Romanian festivals and concerts, LuxeRomania is here to provide festival tickets and accommodation packages. 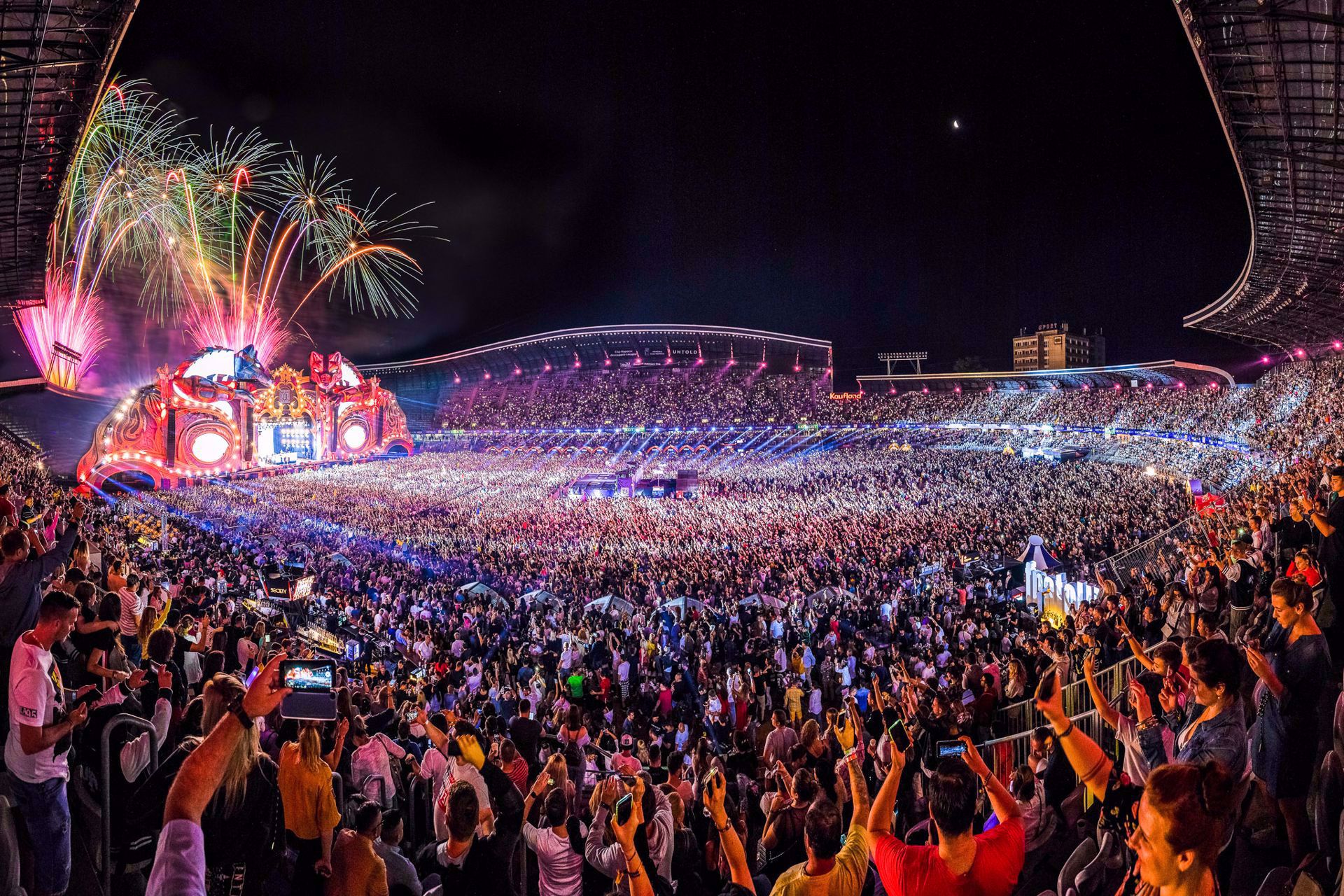 Untold is organised in Cluj-Napoca, in the heart of Transylvania, on Cluj Arena Stadium, and is the biggest festival in Romania starting with 2015! Famous artists have appeared on the stage of this festival during the years, such as Armin van Buuren, Martin Garrix, Afrojack, The Prodigy, Alan Walker, Avicii, The Chainsmokers, David Guetta and Hardwell. 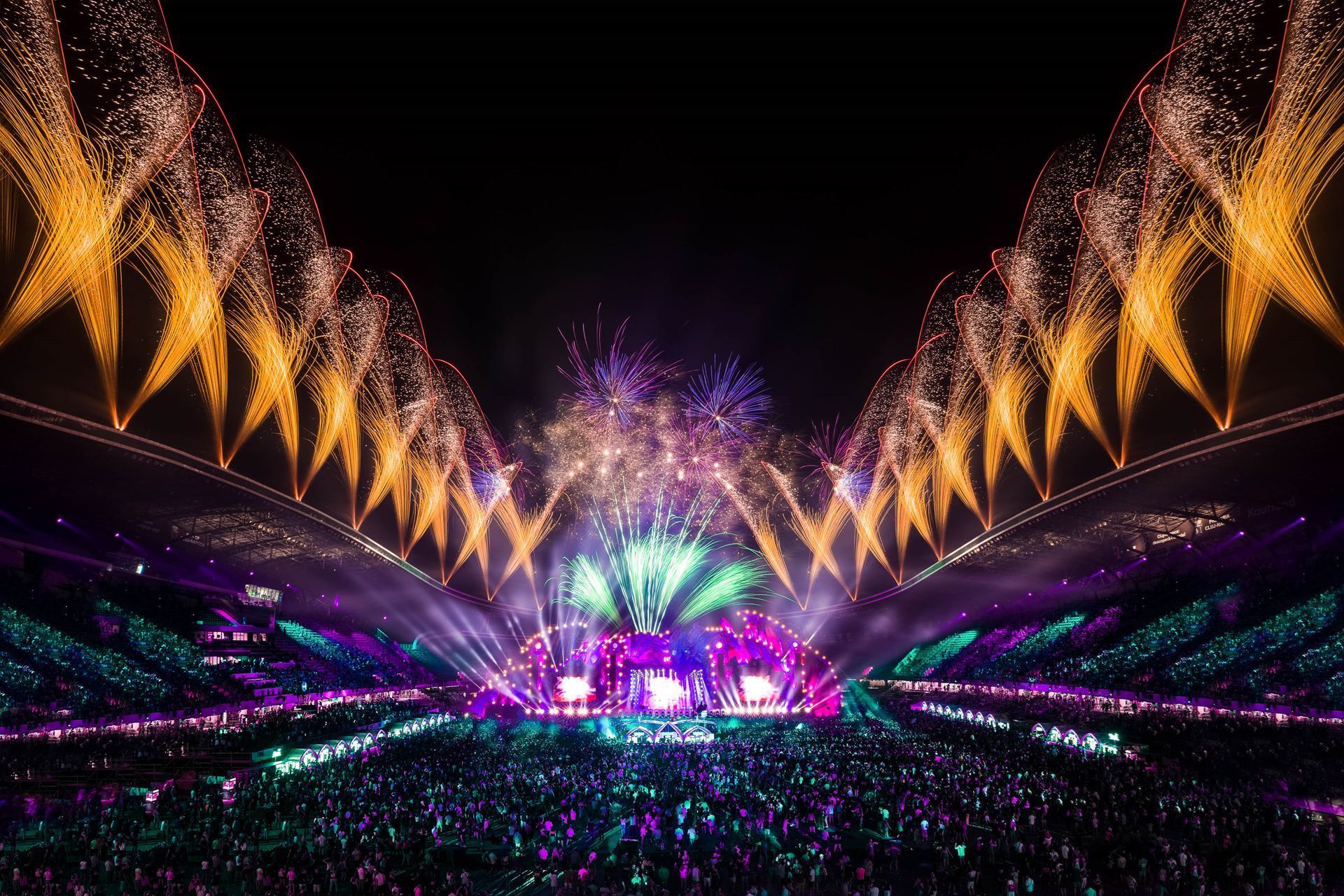 The average audience in the first year was 60,000 people per day. Still, in 2018 the average audience per day reached almost 100,000 people. In 2015 Untold won the “Best Major European Festival” Award. At the last edition in 2018, Armin van Buuren stayed on the scene more than 7 hours, exceeding the previous record in Untold of 5 hours.

This is the most important festival in Romania on a beach, on the shorelines of the Black Sea. The first edition of Neversea festival was in 2017 and the average audience reached 40,000 people per day. In the first edition reputed artists like Tiësto, Afrojack, Fatboy Slim, Jason Derulo and Dua Lipa were present, while in 2018 other great artists like Armin van Buuren, The Script or Scooter have climbed the stage during the festival.

Get your Romania festival package now!

Get Personalised Packages to Romania Festivals

Luxe offers Romania festival tickets and Romania festival accommodation as personalised packages. So, we welcome everyone who would like to see live their favourite performer on the stages of the best festivals in Romania.

Such a package includes a wide range of services. For instance, we will handle transfers from and to the airport and accommodation in some of the best hotels and private apartments. Luxe provides festivals tickets and of course, access to the VIP area to stay close to your favourite artists and bands.

Get your Persoanlised Package for Untold 2019! 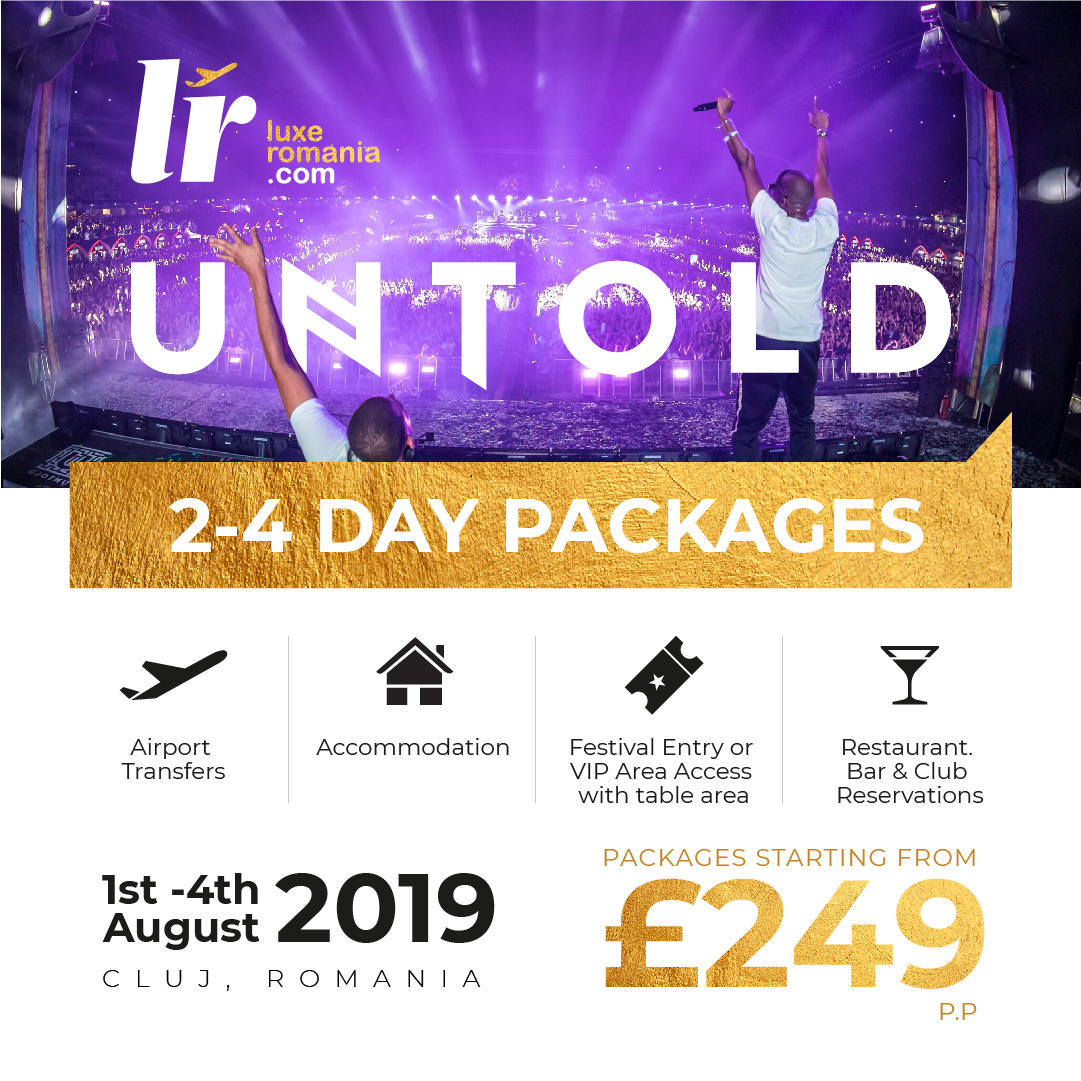 The Untold festival is legendary for the thrilling atmosphere and amazing artists that participate every year. So why miss it in 2019? Book the package that best suits your needs and let us do all the worrying – you just enjoy the experience!

We’ll take care of everything, starting with reaching your hotel from the airport and ending with VIP tickets and access to the best restaurants and clubs in the area.

Luxe festival packages are here to meet all your requirements and to give you an unforgettable experience of Romanian festivals!

Book your customised package to Romanian festivals! Contact us at hello@luxeromania.com

Book now
0
We use cookies to ensure that we give you the best experience on our website. If you continue to use this site we will assume that you are happy with it.Ok